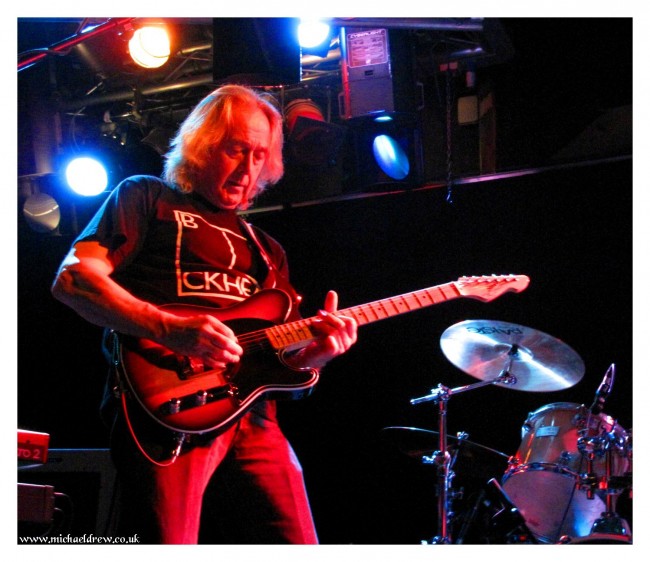 Hailing from Wales, Spencer founded the famed Spencer Davis Group in 1963, producing a dozen top 10 hit songs, including “Gimme Some Lovin”, “Somebody Help Me”, “I’m a Man”, and “Keep On Runnin”, helping to bring British rock ‘n roll to the rest of the world.

The popularity of his songs live on and Spencer recently accepted an award from BMI in London for over 3 million broadcast performances of “Gimme Some Lovin.” Over the decades Spencer’s songs continue to live on in movies, such as Tropic Thunder, Big Chill, Mr. Destiny, Days of Thunder, Top Gun, Mr. Holland’s Opus, Notting Hill, Iron Eagle, The Blues Brothers, Flight of the Phoenix, to name a few. 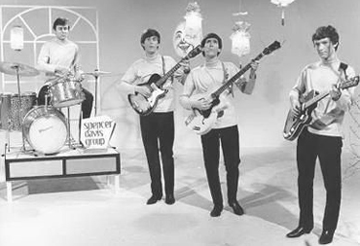 Starting out with degrees in modern languages from the University of Birmingham(with fluency in German, French and Spanish), Spencer left his teaching career to begin his music career in Birmingham, recruiting drummer Pete York and brothers, Muff and Steve Winwood. Davis performed on guitar, vocals and harmonica.

By the end of 1966, the group had numerous rock hits, including Gimme Some Lovin and I’m a Man, these two songs became their best-known successes, especially in the U.S. 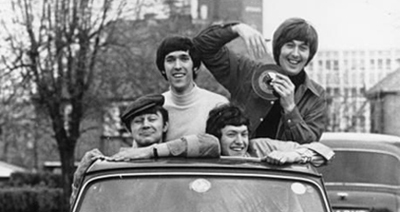 Touring with the Rolling Stones and The Who when they were still working clubs, having after-hour drinks with The Beatles, jamming with John Baldry, Charlie Watts and Long and Jack Bruce were heady days for Spencer. 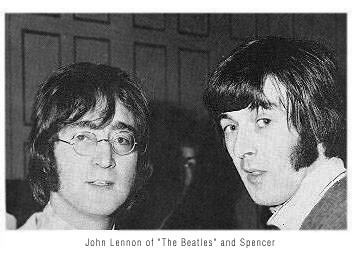 When the hits started to come one after the other, his momentum spurred major US success. Moving to America in 1970, Spencer went on to forge a solo career, forming an acoustic blues band, which included Richard Landis (former Juice Newton producer/manager) and Peter Jameson. By the mid-’70s Spencer worked at Island Records (his group’s label) as a record company executive, personally helping to further the profiles of artists like Robert Palmer and Bob Marley.

The eighties and ninties

In the early 80’s Spencer was head of A&R for a Hollywood-based independent label and the itch to play in a band again was coming back. That’s when he made his next album, “Crossfire”, with guests like Dusty Springfield, Flo and Eddie, and Booker T. Jones. In mid 80’s, Spencer was back on the road with his own band, touring America, Europe and the Middle East. Playing with Pete York, plus other British rock legends.

By 1987 he was performing well over 100 shows a year. Including guest appearances with the Grateful Dead, Levon Helm, Springsteen’s E Street Band, Peter Noone, Downchild, and Alvin Lee. In the early 90’s audiences watched Spencer pick up the pace, criss-crossing through the US and Canada with forays into Europe, including opening for Hall & Oates and the Marshall Tucker Band.

In 1993, Spencer united with three other famed musicians to form The Classic Rock All-Stars (Mike Pinera-Iron Butterfly, Jerry Corbetta-Sugarloaf, and Pete Rivera-Rare Earth). The group released a self-titled album together and toured the US, Canada and Japan. Davis left the Classic Rock All-Stars in 1995 and continued touring Europe and the US into 1997. 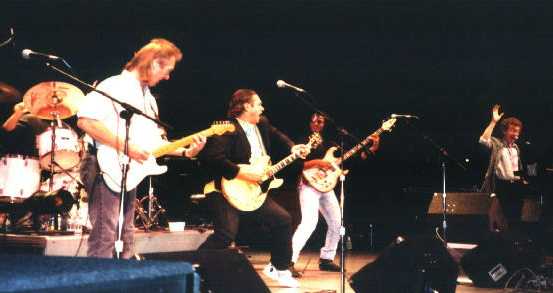 The Spencer Davis Group’s popularity in Europe put Spencer on a World Tour with his European members. Spencer then signed a record deal with CMC who released the recording initially throughout Europe, consisting of a mix of new originals and classic hits. The mid 90’s also landed him on TV commercials, documentaries, and the TV special, “The History of Rock ‘n Roll,” as well as a co-starring role in the hit series, “Married with Children.”

In the Fall of 1996, Spencer teamed up with The World Classic Rockers, comprising of Carmine Appice-Vanilla Fudge, Bobby Kimball-Toto, Denny Laine-McCartney and Wings, Randy Meisner-The Eagles, and Michael Monarch-Steppenwolf. Spencer also contributed to the release of World Classic Rockers-Double CD and toured extensively with them.

Throughout 2001 and 2002 the Spencer Davis Group continued entertaining millions with their classic repertoire with marathon tours in the USA, Canada, the UK and the Middle East. 2003 brought Spencer through tours of Italy and Germany, side-stepping into the studio to record three new songs for his new upcoming CD. Early 2004, Davis took to the road again, touring the U.S. and the U.K, including shows in his native Wales homeland. He finished up in the Royal Festival Hall in London with his friends, The Yardbirds before heading back to Hungary and Germany. 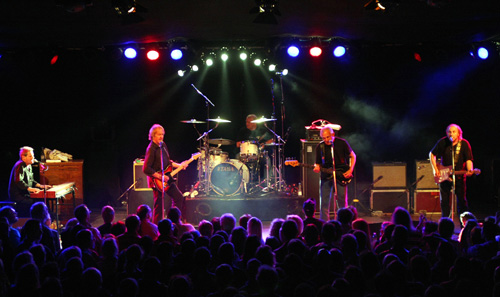 Spencer then teamed up with the Rock and Roll Army, consisting of Felix Cavaliere, Mitch Ryder, and Rick Derringer. 2006 kicked off with a special guest appearance at David Fishof’s “Rock ‘n Roll Fantasy Camp” in Hollywood, followed by a Battle of the Bands at the House of Blues and concert with Roger Daltry.

In the summer of 2006 Spencer released an all-original new CD/DVD, titled SO FAR. Followed by a quick foray into The Netherlands, Belgium, Germany, Scandinavia and ending with an extensive tour of Australia. In 2009, Spencer embarked on an extensive tour throughout the US and the UK, with legendary rock group Animals & Friends.